Upon arrival the client didn’t really know what he was after so we set about creating a frame that would give character and give an authentic barn type feel to his prospective customers , after an hour or so we came up with a modest frame that was within the budget and achievable .We left with the customer being rather encouraged that we had nailed his vision he proposed that we sheathed , clad, insulated and slated the whole project and he would do the windows and doors .

His base was already in so he instructed us to proceed without haste , we got straight on with the calculations , ordered the timber and awaited the delivery

One request that came to light was the client wanted the cladding to be painted black ,of course we complied stating we would give it one coat prior to delivery and once installed the customer agreed to give it a second coat

Once the oak frame was manufactured we used our local transporting company to collect and ship it to site in Leighton Buzzard so this would mean some early mornings for a couple of weeks !

The transport company has a crane aboard the lorry which then assisted us in installing the superstructure .Over the following days we cut and pitched the softwood roof over the main frame , sheathed and clad the walls. The next part of this job was for our roofers to insulate ,slate and insert several rooflights

We then went back to put on the guttering and downpipes

Once again another customer had gotten his vision made into reality and both him and his wife were extremely pleased . 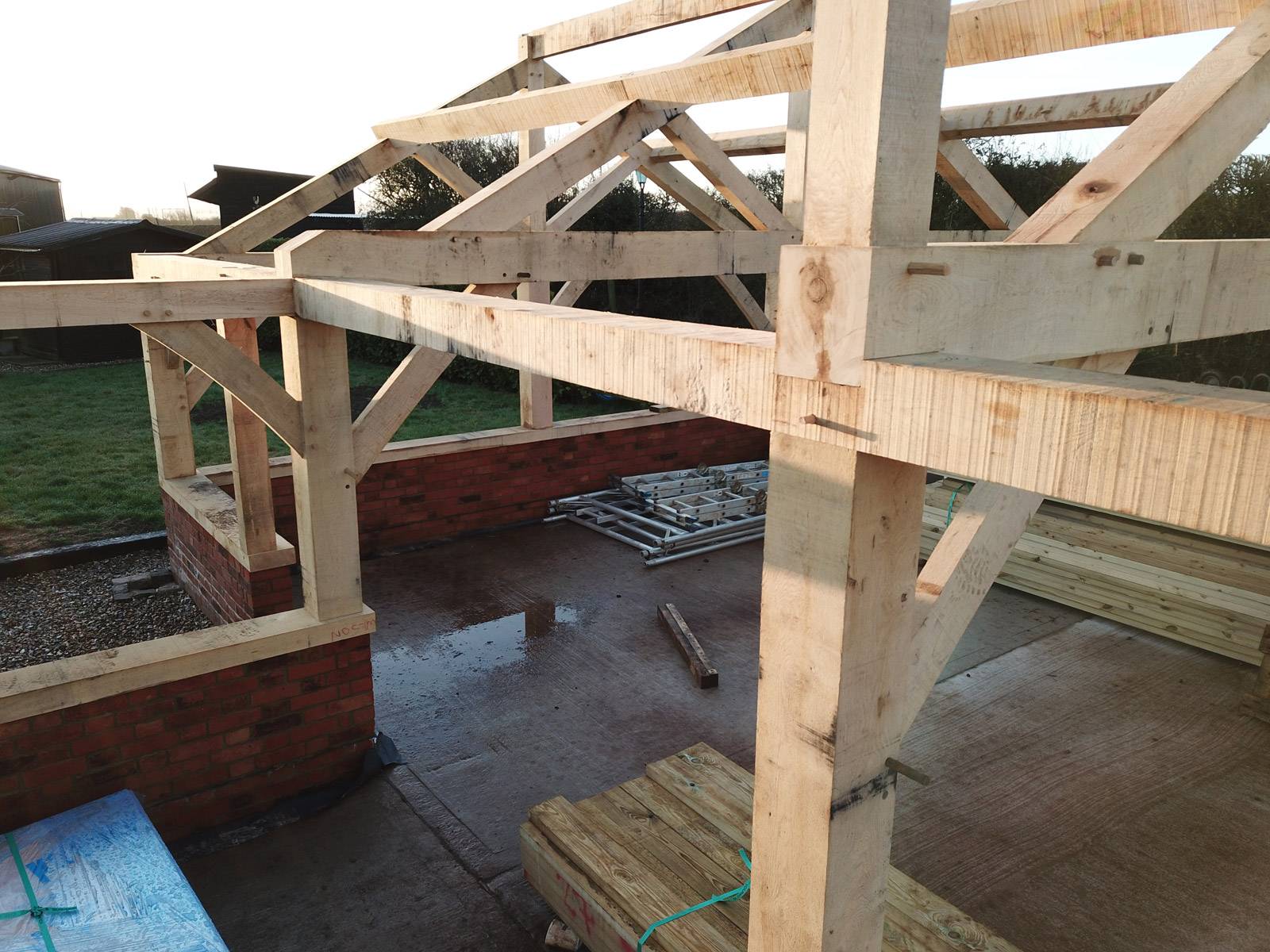 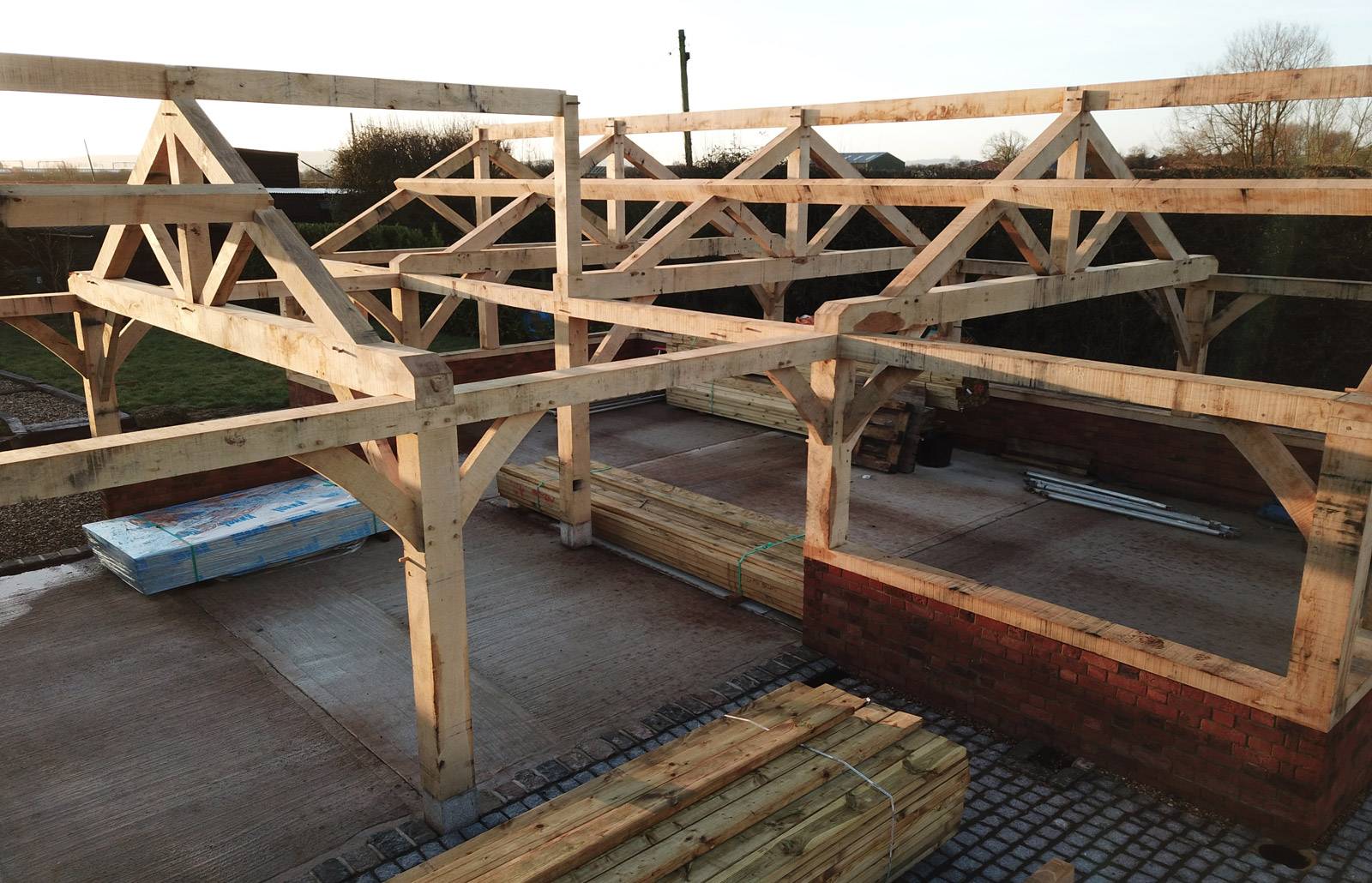 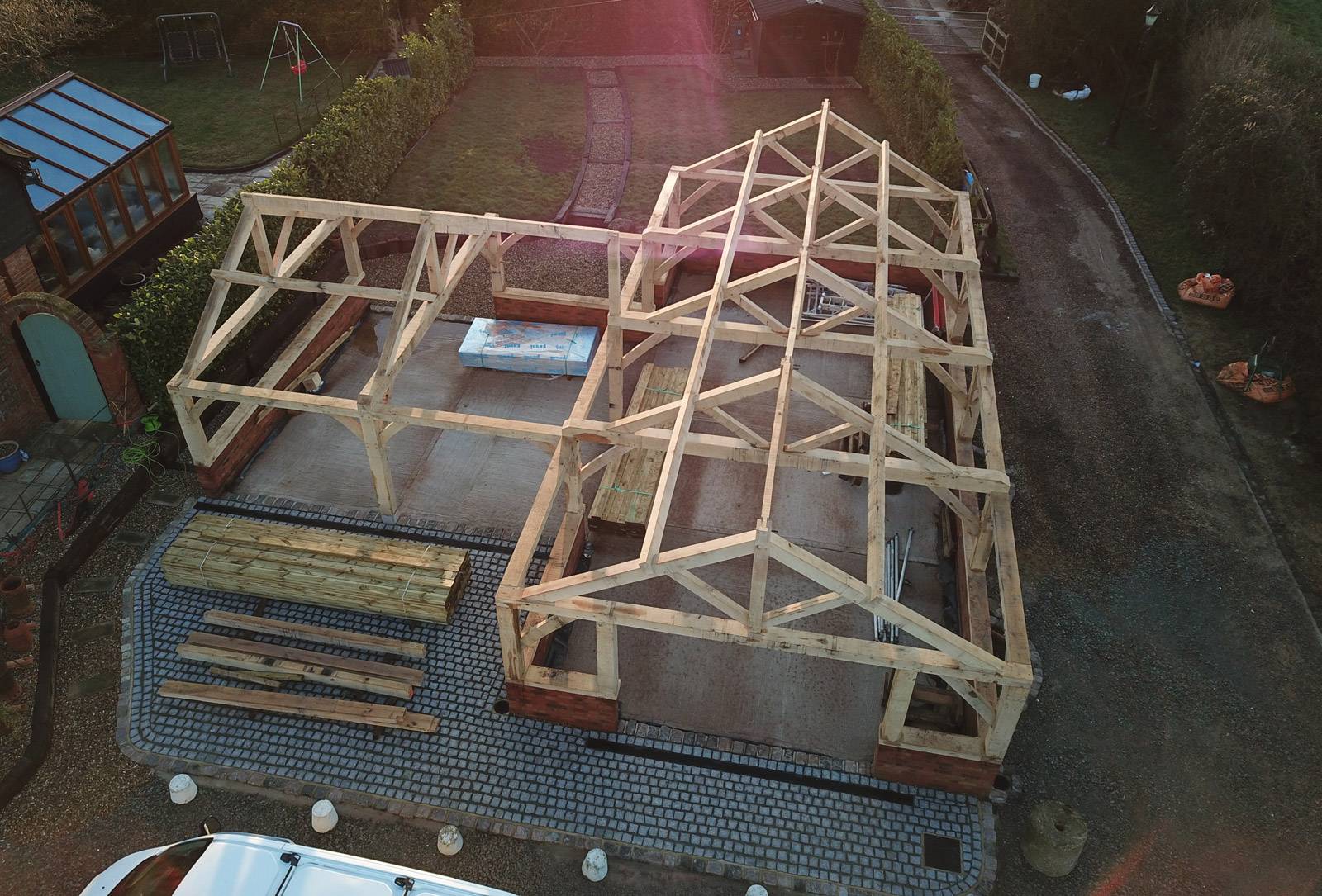 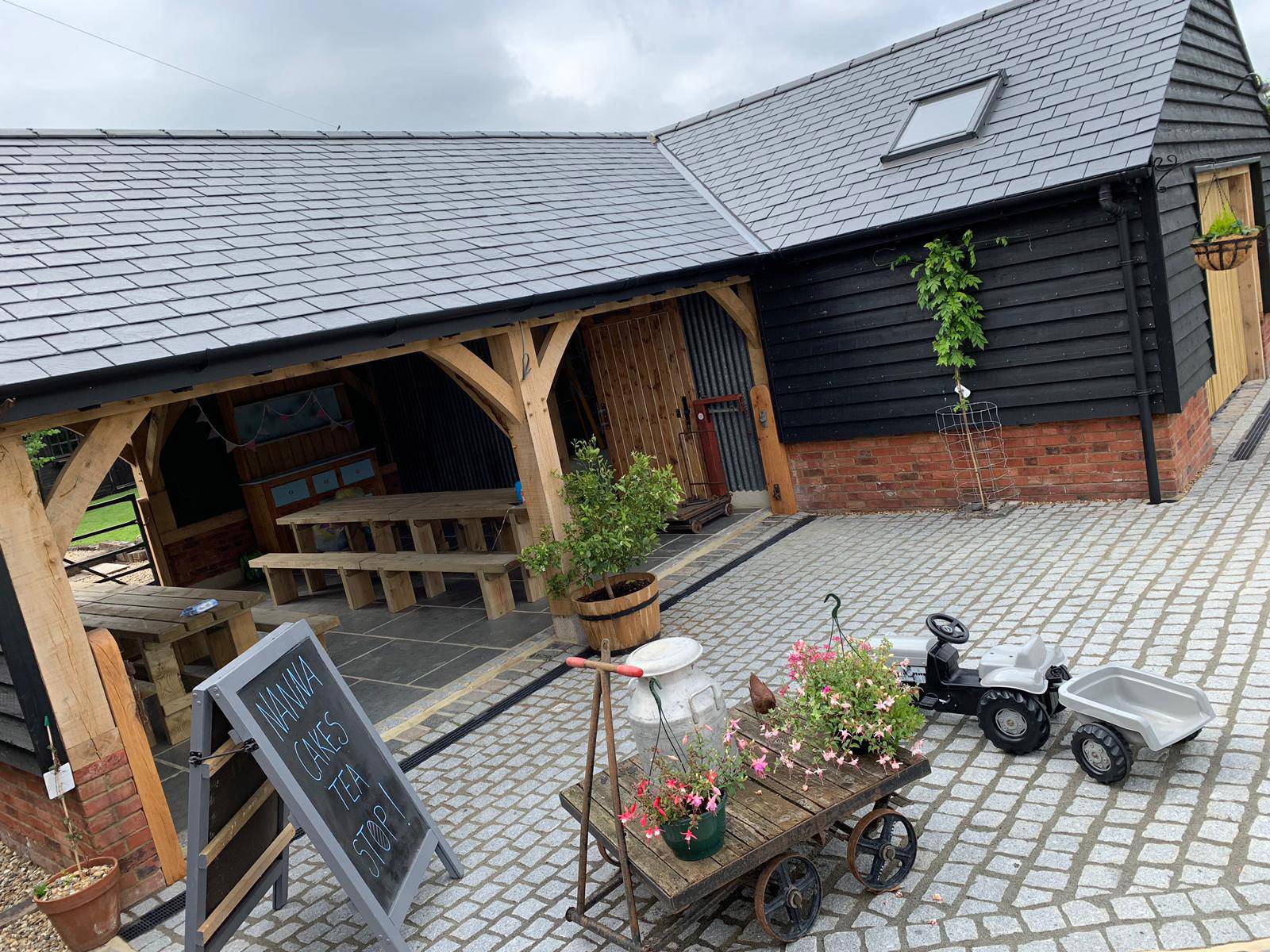